Benefits of abacus math for kids

The abacus could prove to be the perfect tool to sharpen the mathematical abilities of your child while making it a fun job. But before we go into the benefits, let’s have a closer look at what The abacus is and how it works. 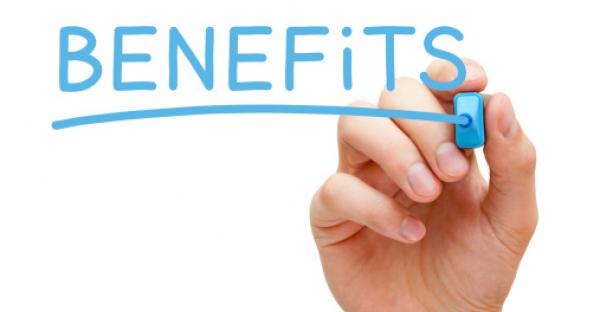 The abacus was first developed in China, around 2500 years ago. From there, it spread to the neighboring countries of Korea, Malaysia, Taiwan, Japan etc. Variations were brought into it, like the number of beads or the number system it represented. Today, we see the abacus as a mere toy, but for centuries, it was the primary tool for calculations. In fact, the abacus was used for basic calculations even until a few decades ago, until the advent of digital calculators. However, many varieties of abacus exist today, including one for the binary number system.

If you are going to opt for abacus classes to teach your children, you need to first understand its working.

It is simple enough to understand how to use an abacus for calculations. For any numbers involved, you need to start by representing the first number on the abacus. Then, you have to add (for addition) or remove (for subtraction) beads that represent the second number (or subsequent numbers). The resulting number, as derived from moving the beads, would be the answer.

The question that must be coming to your mind is: why would your child need abacus for calculations when such advanced technology are already at their disposal?

It is the same reason why your child starts learning with a pencil, even though keyboards and touchpads are available. The learning is more about the process than the tools. Abacus training is an analytical process that gives a visual representation of arithmetic operations. You don’t just think about adding numbers together, you can actually see them. Since kids learn more intuitively with visual aids, the abacus helps them to learn things faster.

Once you start digging deeper, you will realize that there are more than one benefits of using the abacus for kids as a learning tool.

In the broader sense, mathematics is one of the best exercises for the brain. Since our brains are not hardwired for mathematical operations, learning them is actually like pushing the brain to get better. The abacus is a great aid in that process.

Consider this paradox: Kids love toys but hate math. The abacus is a unique tool that combines the two things, making math fun. Since kids learn better when they are doing things that they enjoy, The abacus proves to be a great tool for enhancing the learning process. It also creates a love for arithmetic in children that will help them to not be apprehensive about math in their later lives. In simple words, using abacus math training can be pure fun.

The abacus sets the foundation stones of mathematics among kids. As they grow up, their initial interest in mathematical problems (created while playing with the abacus) persists. As a matter of fact, it has been found that kids who learned with The abacus were generally better at arithmetic than kids who didn’t. So, in a way, gifting your child an abacus almost guaranteed a Math Championship medal during high school.

The abacus also reduces the dependency on electronic gadgets for the purpose of calculations. Sure, calculators and apps exist for aiding us in everyday life. But we cannot depend upon gadgets for every single thing. Imagine a time when your child might need to perform some basic math in an emergency situation, but he can’t because he can’t find the calculator app. Making your kids tech-savvy is good, but you must also ensure that they are not entirely tech-dependent. There are few things that we must have the inherent capability to do, and math is one of them.

The abacus has also been found to have a great impact on your child’s memory. Research in Japan suggested that children who learned using abacus generally had better memory than others. That can be partly attributed to the patterns involved in abacus training, that make our brain adaptable to learning patterns in general.

Of course, the abacus helps in the overall development of your child, not just analytical abilities. Math has been proven to be one of the best exercises for wholesome mental growth. At the same time, enjoying the learning process always yields better results and makes the brain more adaptable towards complex problems. Abacus combines the two benefits and gives you a perfect solution to raise a smart kid.

Last, but not the least, the abacus is cheap. It is cheaper than most toys, but it also has more benefits than most toys. It is perhaps the best gift you can give to your child, one that he/she can both learn and enjoy.

The abacus is a tool that represents the wisdom of centuries. From being the only tool for calculations, it has now become a toy for children. But the use and benefits it provides are still the same. Amidst the great variety of toys, the abacus is something that can ensure the wholesome mental growth of your child, from their mathematical abilities to memory and logical prowess. All this could be done in abacus classes at Tinker Thinkers Academy.